Broadband speed at home is more vital than ever as most of us are working from home and if your workstation is away from the router then unfortunately you may not be getting the full speed that you paid your ISP for. Ergo, in this post, we would see 3 different ways to improve that and which one is the best. 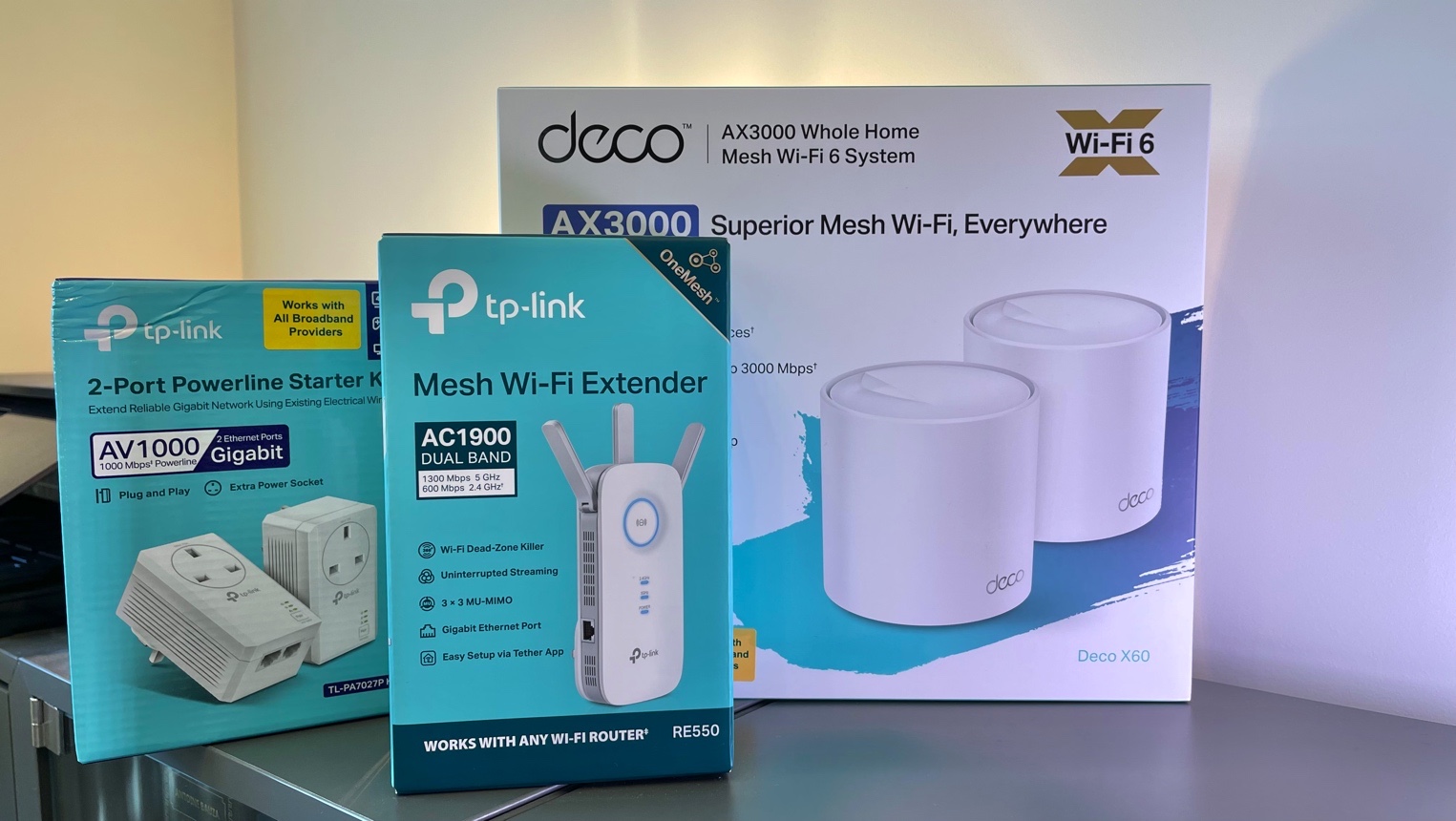 This is comprised of two or more devices, one being the router and others being satellite (or all of them being routers). These devices together form a mesh network such that you have just one SSID to connect all your devices to. This is the main advantage of mesh systems over the others. Your devices will automatically connect to the nearby router/satellite as you move throughout your home without manually switching networks. Another advantage you can say these systems may have is that they (router and satellites) are built and tested together so would be nicely compatible with each other. Satellites are nothing but Mesh Extenders, btw. The best way to connect the Mesh Router and Satellites would be via Ethernet cable but if you can’t then WiFi is okay.

The terms Repeater and Extender are used interchangeably as both improve the WiFi signal in dead zones but there’s a difference as to how they do it. Extender connects to the main router via Ethernet cable and extends the existing WiFi network (same SSID) whereas a Repeater connects to the main router wirelessly and creates a new network of its own (different SSID). As the Repeater creates a new network, it reduces the original bandwidth by a significant amount but still in most cases it’s better than nothing. Nowadays, there are devices on the market that can be used both as an Extender and a Repeater. We would be looking at one such device below.

These devices transmit broadband signals through the power cable running in your house. They come in pairs, one of them gets connected to the main router and the other one to the device that needs an internet connection. Usually, they provide internet connection over Ethernet but there are adapters with WiFi capability as well. The main advantage of these is that the connection is more stable than others.

Comparison of the speeds

I tested the download and upload speeds of mesh, repeater/extender, and powerline adapters, and below are my findings: 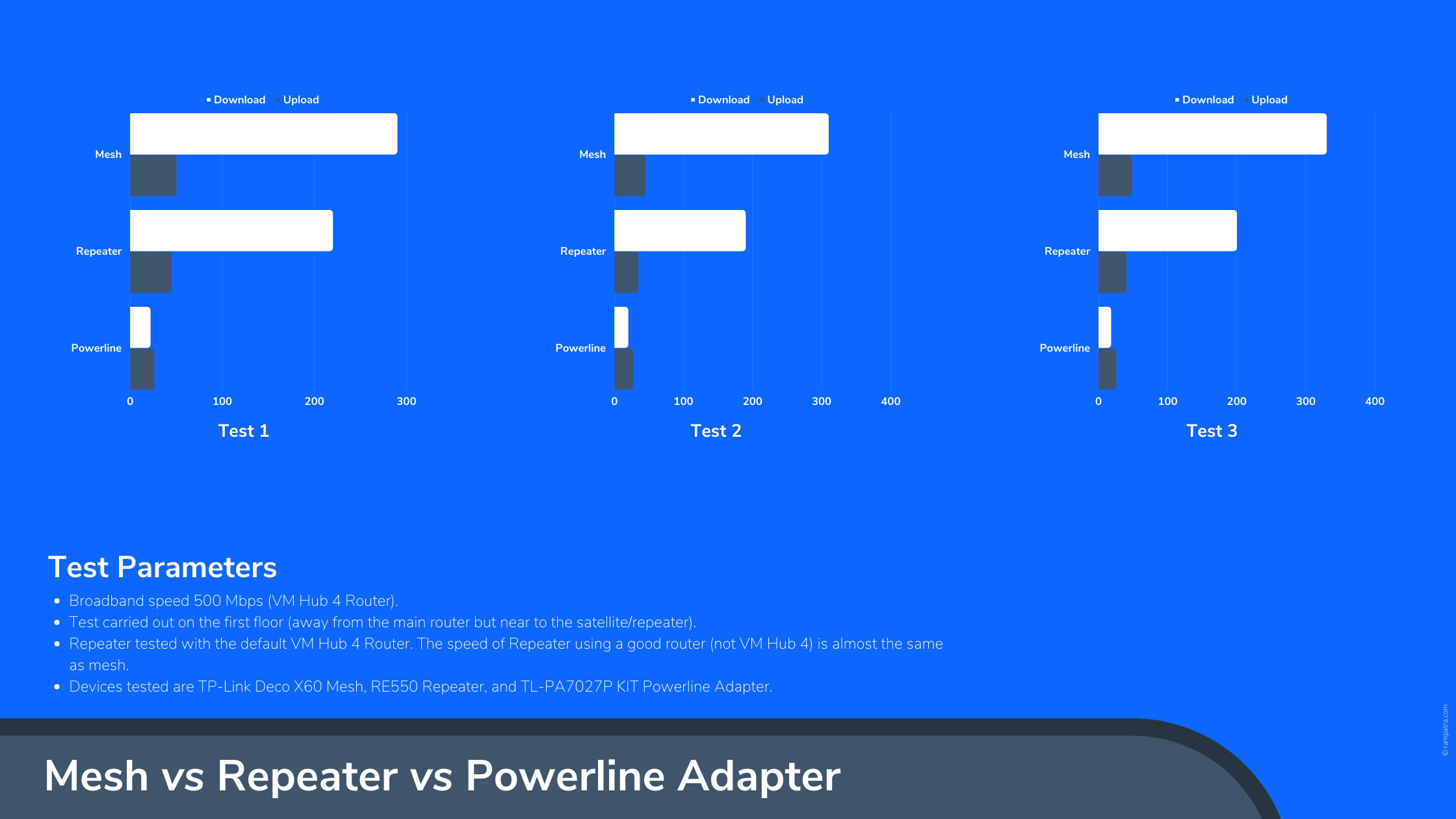 As you can see the Mesh systems perform the best, mostly because the WiFi standard (AX3000) in the mesh is better than others. However, the extender/repeater performed the same as mesh when paired with a similar power router. The above tests with Repeater/Extender were carried out with the default Virgin Media Hub 4 router.

Why did I go with TP-Link Deco X60 and not other mesh systems?

The Deco X60 is of WiFi standard AX3000 meaning it supports WiFi 6 and speed of up to 3 Mbps (both bands combined) and is cheaper than Google Nest WiFi and Netgear Orbi. Moreover, the Tp-Link Deco app is the best of all. Lastly, the Google Nest Wifi, even though expensive, doesn’t support WiFi 6 and has a way lower speed of around 2.2 Mbps (both bands combined). Now, Orbi does have the WiFi 6 in this price range but the speed is way less than the TP-Links (AX1800–1.8 Mbps).

What to go with if you have the budget?

Tp-Link Deco X60 is fine if you connect the satellite and the main router via ethernet cable (ethernet backhaul) but if you’re wirelessly connecting the satellite then a 3-band mesh system would be the best. This way, one band would be used by the mesh system to communicate with each other and the remaining two bands would be completely dedicated for your devices to connect to. Some great tri-band mesh systems are:

What to go with if you’re tight on budget?

You can simply go with the Tp-Link WiFi Extender/Repeater with OneMesh capability (link at the end). This device costs only around 40 pounds but gave me almost the same performance when paired with a powerful router (AX3000) and decent performance when paired with the default ISP router. The only disadvantage with this is that there would be 2 separate SSID (if used as a repeater) but this would go away if you have a Tp-Link router with OneMesh capability. If you have one, you can form a mesh network and get all the benefits of a typical mesh system. The Tp-Link Tether app (meant for Extenders/Repeaters) is similar to the Deco app in terms of looks and functionality so you’re not losing anything in this area too.

If you want a WiFi 6 extender instead, the Tp-Link RE605X would be an option to go with. 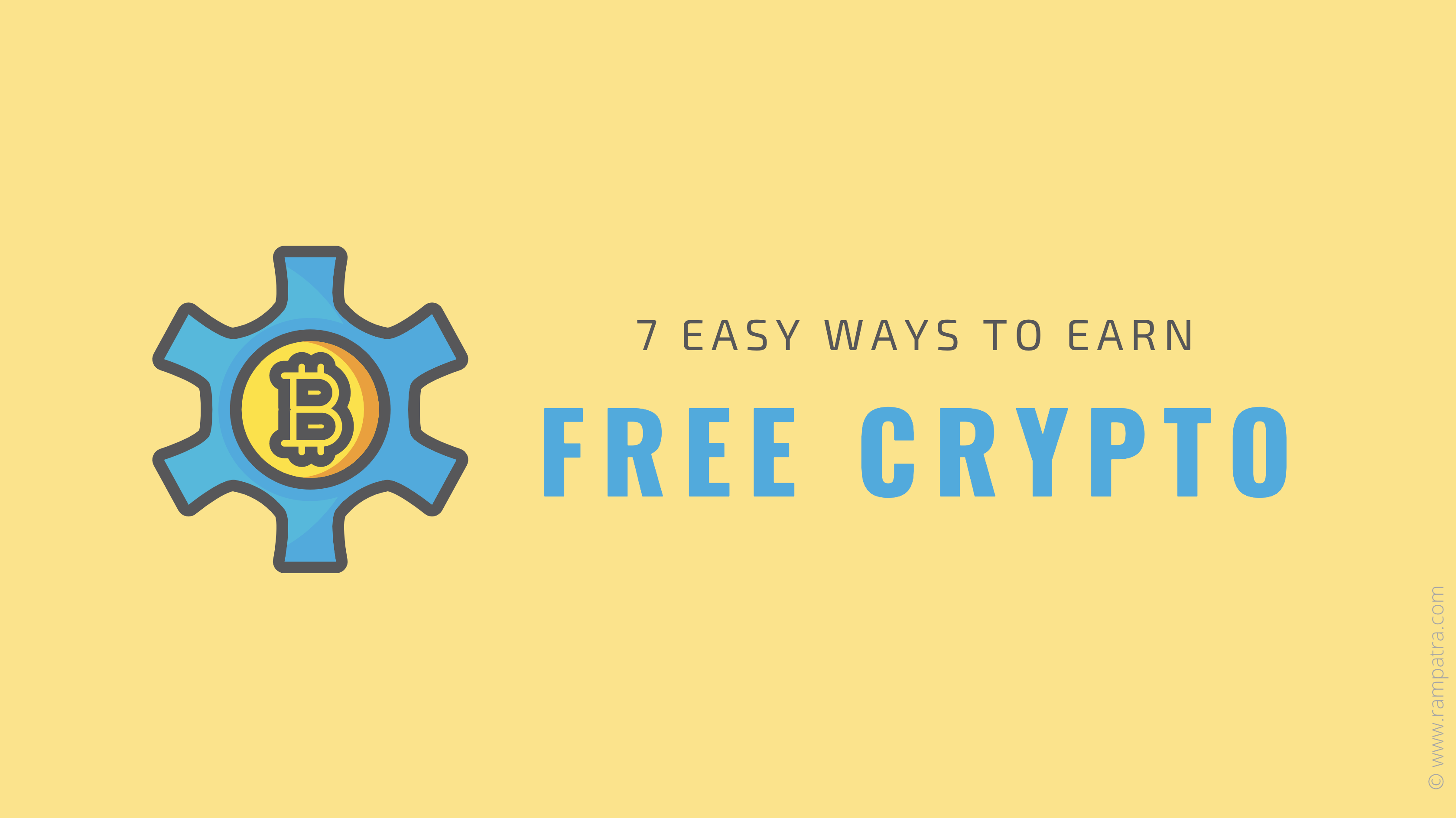 Even if you’re not a crypto enthusiast you should go ahead and read this post as everyone is a “give me free money” enthusiast for sure.

Submitting your app to the Apple App Store is somewhat “straightforward”, however, if you want to export your app to list it on a 3rd party app store or sell it directly to your customers then you have to notarize your app. 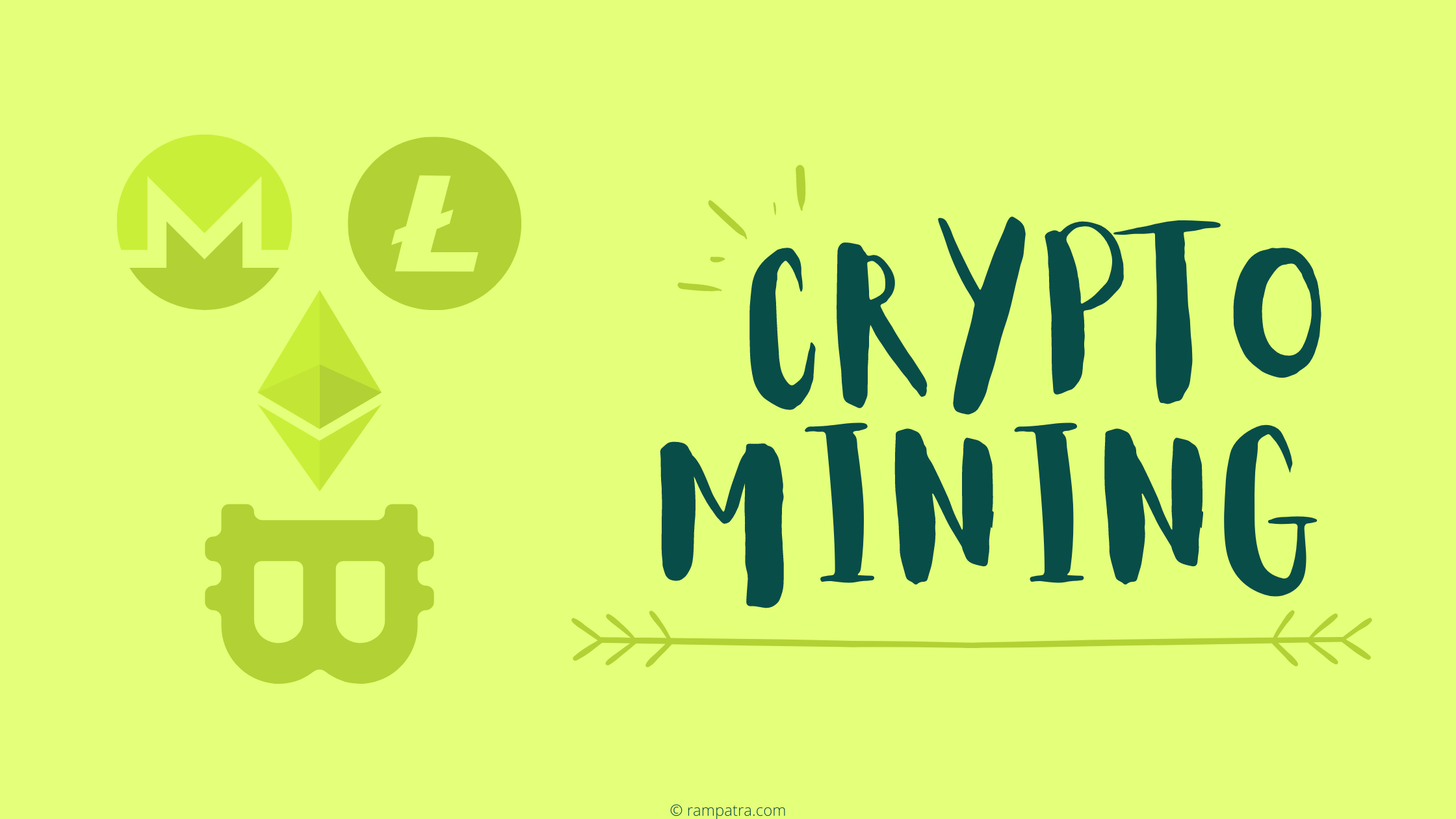 March 14, 2021 Beginners guide to mine crypto with your computer

Crypto Mining nowadays has been made really easy by apps like NiceHash, CudoMiner, HoneyMiner, etc. Anyone with a computer and some decent CPU or GPU (Graphics Card) can mine and earn quick money. And, because of the rising price of Bitcoin and mining profits, everyone wants to mine nowadays. Ergo, I am putting down a short guide on how to get started with mining.